Indie entertainment media distributors in Hamburg from 1996 to 2013.

In 1996 Patrick Lee-Thorp floated the music distribution entity, New Music Distribution, in the old chocolate factory building on the freight canal, in Ausschlager Weg, Hamburg. The firm was funded by sister publishing firm, Newmusic Publishing GmbH.
We took over distribution of the EDM label which started as Ethno Dance Music and morphed into Electronic Dance Records, under the label management of Christian Engel. Christian was a fan of Hard Trance dance music and was well connected in the Hamburg club scene. He also curated the very successful series of techno releases on the D4D label under the banner, Techno Classics, which were compilations of European techno and hard house tracks sold as a tripple-pack. 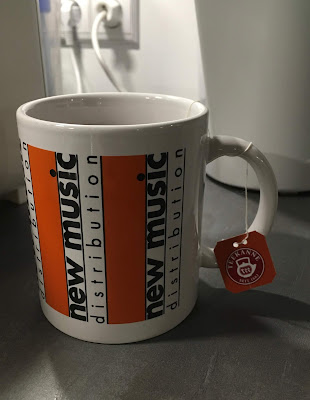 Other in house labels were also started, for Rock - Tin Can Discs, for Relaxation music - New Balance. Already established commercial dance music labels - D4D Records and 3 Records joined the in-house group of labels. Though the main releases in distribution were other independent producers and labels in Germany, France, USA and the UK.

In 2006 Lee-Thorp sold the distribution firm to Michael Wendt and Joachim Krohn, who renamed it, NMD Distribution, and formed a company to run the firm. Wendt was a manager at Newmusic Distribution for a few years before the take over. NMD took over the distribution of the catalogue of the old firm and extended it, particularly in the Hamburg punk music scene. Wendt is a leading light in the HSV football fan based music scene, and now has his own production company.

NMD had also inherited all the key accounts connections of Newmusic Distribution, such as Media Markt, Saturn, Muller Markt and others. They also took over the Phononet system and extended the catalogue through this. Client listings were hard to get, as demand for sound carriers started to fade in 2004, but indie product continued to sell in physical formats.

This key account listing status made the firm interesting to buyers, Membran Entertainment, a firm run by a former New Music Publishing shareholder, Manlio Celotti. Celotti bought NMD in 2013 and so all the distribution of the labels migrated to his firm, as well as the valuable key account listings. NMD was fully absorbed into Membran by 2016.

Lee-Thorp retained the rights to the recordings released on the in-house labels and manages the European physical distribution of these through Membran for Germany, and other exclusive partners.

Posted by Special Panel link at 08:57